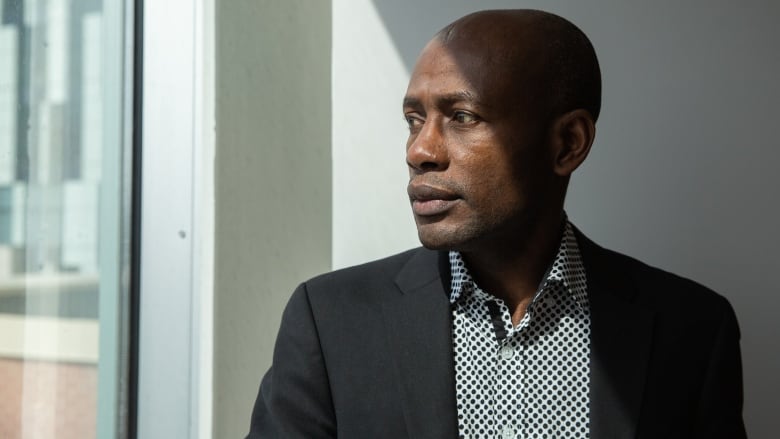 When Gideon Christian left Lagos, Nigeria, in 2005, Canada was only a footnote on the way to his final destination.

“I was actually on my way to study in the U.S., but I had a brief stop over in Canada, in Waterloo, for a two-week summer program at Wilfrid Laurier University,” he said over the phone.

That “amazing” two-week stay impressed Christian so much, he decided Canada was the country for him. Ten months later, he left Pittsburgh for the University of Ottawa, where he completed his master’s degree and doctorate in law.

“If I had to make that decision all over again, I would still choose Canada,” he said.

Christian is now an assistant professor at the University of Calgary and the president of the African Scholars Initiative (ASI), an organization that mentors African scholars who intend to pursue graduate education in Canada.

Racism the elephant in the room, according to prof

In October and March, Christian — representing ASI — spoke to the House of Commons standing committee on citizenship and immigration about African students’ struggles applying for Canadian study permits.

“The processing of immigration applications from Africa, especially the study permits, seems to be designed in such a way that people are actually denied of that opportunity I had,” he said.

While 70 per cent of applications from Tunisia and 55 per cent from South Africa were accepted in the first half of 2020, most African countries sat well below the 48 per cent average approval rate. Countries like Ethiopia and Cameroon hovered at 19 per cent, and Burundi as low as four per cent.

The reason for these low acceptance rates is “the elephant in the room” according to Christian.

“The answer is racism,” he told the house committee.

The federal department of Immigration, Refugees and Citizenship Canada (IRCC) created anti-racism employee focus groups and hired Pollara Strategic Insights to compile a report. In the report, IRCC employees suggested implicit biases may affect the processing of applications, particularly those from African countries.

The report mentions “widespread internal references to certain African nations as ‘the dirty 30′” and stereotyping of Nigerians as “particularly corrupt or untrustworthy.”

According to a report by the Canadian Association of Professional Immigrant Consultants (CAPIC), from 2015 to 2020, of the top 10 source countries for study permit applications — Bangladesh, China, Colombia, India, Iran, Japan, Korea, Nigeria, the Philippines and Vietnam — the only one with an acceptance rate consistently below 25 per cent was Nigeria.

International students apply to schools, and once accepted apply to IRCC for a study permit. In applying, students must prove they or a sponsor can financially support their education.

While generally students must have a Guaranteed Investment Certificate of $10,000, those in the Nigerian Student Express stream must show $30,000 in their account for at least six months.

“Yet when these applicants overcome this high burden of proof, most of the study visa applications from Nigeria are still refused,” said Christian. “It doesn’t make sense.”

CAPIC’s report cites a case where a 17-year-old secured admission to the University of Toronto but was denied a study permit on financial grounds. That’s despite having over $100,000 in scholarships and parents presenting an annual income in excess of $400,000.

Canada losing out on expertise

In a “knowledge-driven world,” there is global competition for expertise, says Christian, so Canada loses out on expertise to “competitor” countries due to how difficult it can be to acquire a study permit.

During the pandemic, international students were allowed to begin classes online in their home countries before securing a study permit. However, low acceptance rates made this a gamble for many Nigerian students.

“I paid my full fees and started classes online without knowing if I was going to get my visa or not,” said Sukanmi Satungase, a graduate student at the University of Calgary.

The seven-hour time difference meant he was up working at late hours of the night. Despite being told his application would be processed by August, he was well into his first semester before he was approved.

“It’s the fact that it takes so long that makes it much more exhausting, because if you’re gonna get a response in two weeks, then that just makes your life easier. You don’t have to keep thinking about it or pause your life around a decision that is not sure,” said Satungase.

Christian believes the system can be improved by ensuring IRCC agents have consistent anti-bias training and understand the cultural environment where applications come from. He also believes an independent ombudsman with oversight of the IRCC would be beneficial.

As for right now, he says he will “continue to advocate for bright scholars who want to have the best opportunity to always look to Canada. I’m a prime example.”